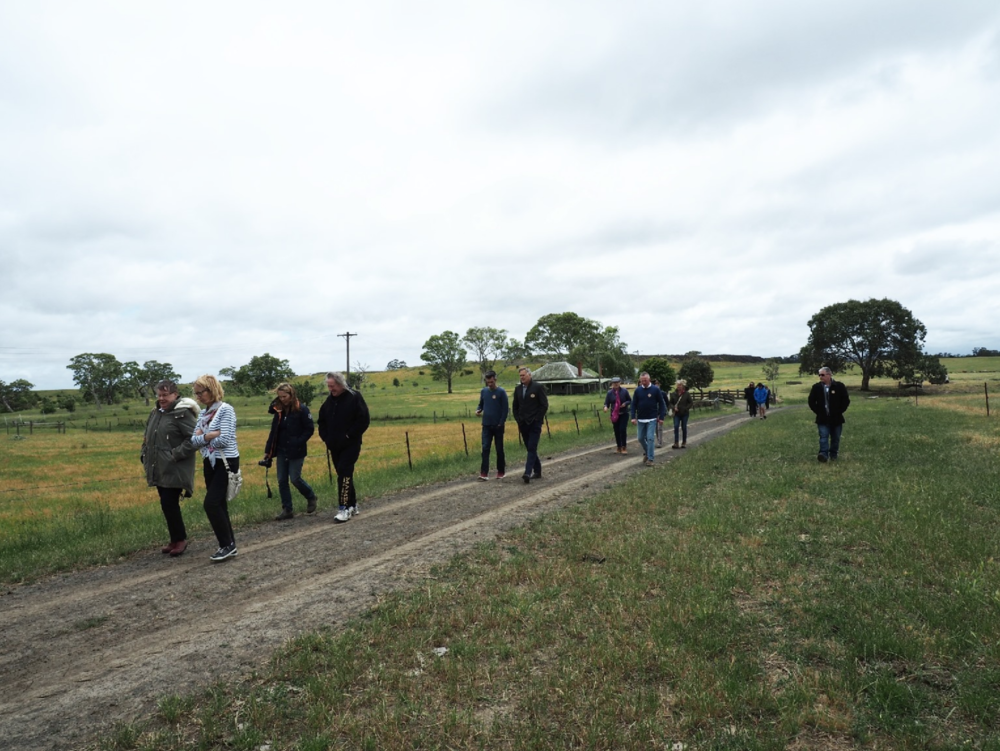 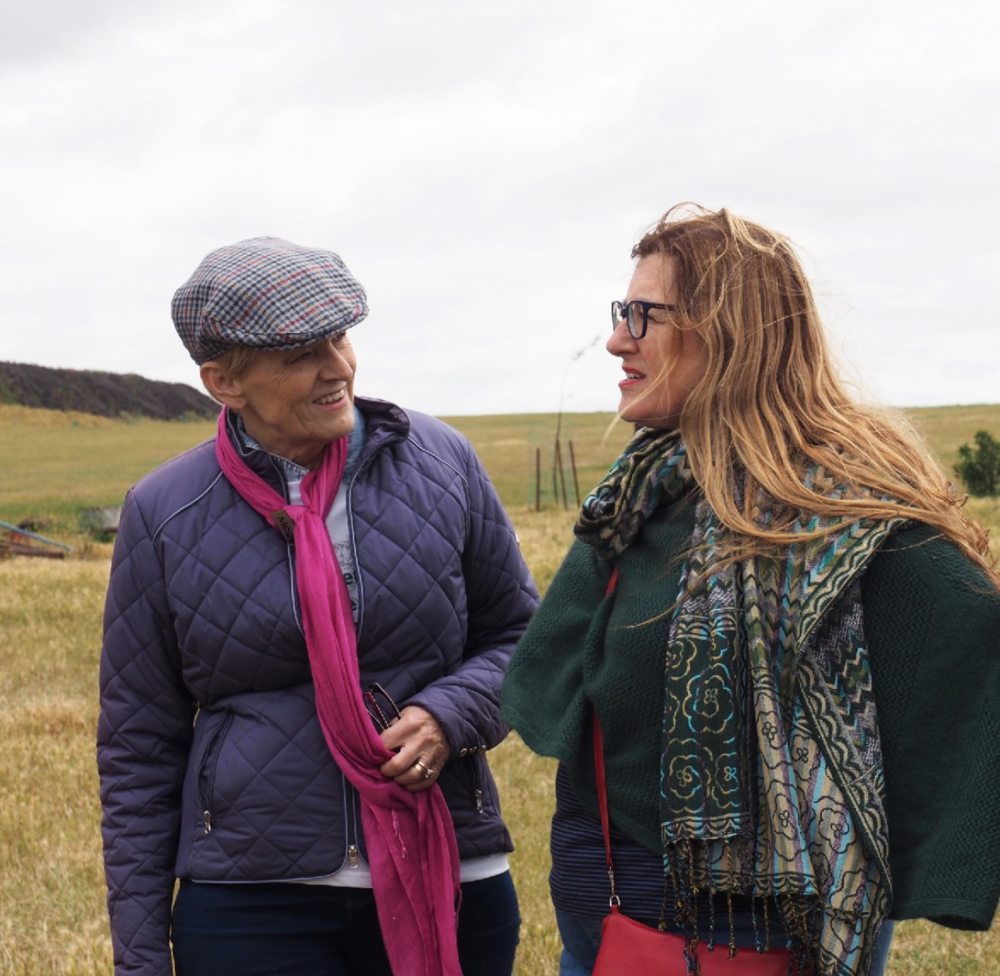 The Melbourne Arboretum held a fabulous Introductory Open Day on the first Sunday of December. The forum was filled with very enthusiastic people wanting to learn more about the Arboretum. The event was opened by the Chair, Maggie McDonell, who elaborated on what an Arboretum is, and her vision for the Melbourne Arboretum. Coming from a family which has been here since the early 1900’s, she expounded on her love for the land and the need to both preserve and restore it, with the focus being the trees endemic to this area.

The Director of the Whittlesea Tech school, (part of Melbourne Polytechnic) Dr Sandra McKechnie followed. She praised the initiative and talked about the partnership and programs they had run in conjunction with the Arboretum, and their plans to further this cooperation. The floor was then taken by Dr Stefan Schutt from Latrobe University who will be involved in producing a documentary capturing The Melbourne Arboretum by interviewing Maggie McDonell and Sarah Bullock as they walk through the Arboretum, talking about the feeling and the history of the land. Dr, Schutt then made a references to the many links that the Arboretum will make; urban to open spaces, cultures ancient and new, and identities from connections to place.

Danielle Green, Member for Yan Yean, referred to herself as “Aunt of the Arboretum”, as she has watched the Arboretum grow from an idea, to a Vision and now a Project she supports with her heart. She embraces the Vision as she knows the land and talked about how valuable this will be for the environment and community for many years to come. She has referred the Arboretum to The Hon. Lily D’Ambrosia the Minister for the Environment who also acknowledged how important the Melbourne Arboretum will be for Melbourne’s environment and community wellbeing.

After these inspiring talks, the audience braved the chilly day to walk the country and to see where the Arboretum is to be; to admire the landscape and to try to envisage what it will blossom into.

Upon returning to the warmth of the forum, the audience were able to browse one of the Melbourne University Post Grad Landscape Architecture student’s thesis. Her theme was Fire as part of the Environmental Cycle.

The beautiful painting in oils of Australia’s Mountain Snow Gums, named “For the Love of Trees” so kindly created and donated to the Arboretum by Sue O' Sullivan from Wiltshire in the UK will be auctioned for the support of trees at the Arboretum, was most admired and we already have our starting bid.

The enthusiastic spectators, upon departure, commented on how much they had enjoyed themselves and how much they had learnt. They all want to be involved in some way with the Melbourne Arboretum’s progress, and took home with them one of the fun Arboretum T-Shirts - with funds supporting the next phase of the project, in particular the planting of trees.

You can purchase your own T-Shirt (perhaps as a Christmas Gift?) through our online store -

Thank you everyone who attended our first Open Day. 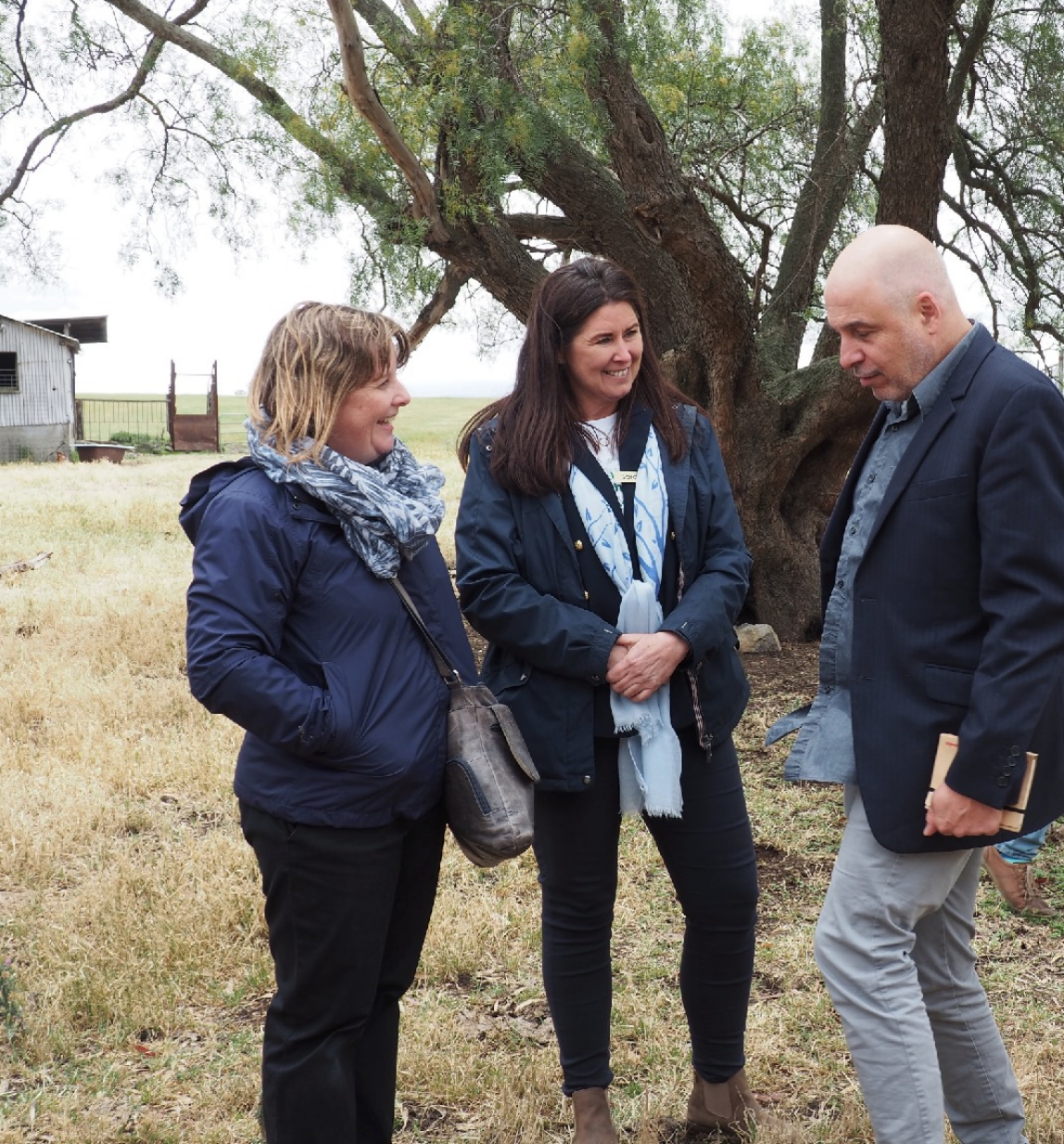 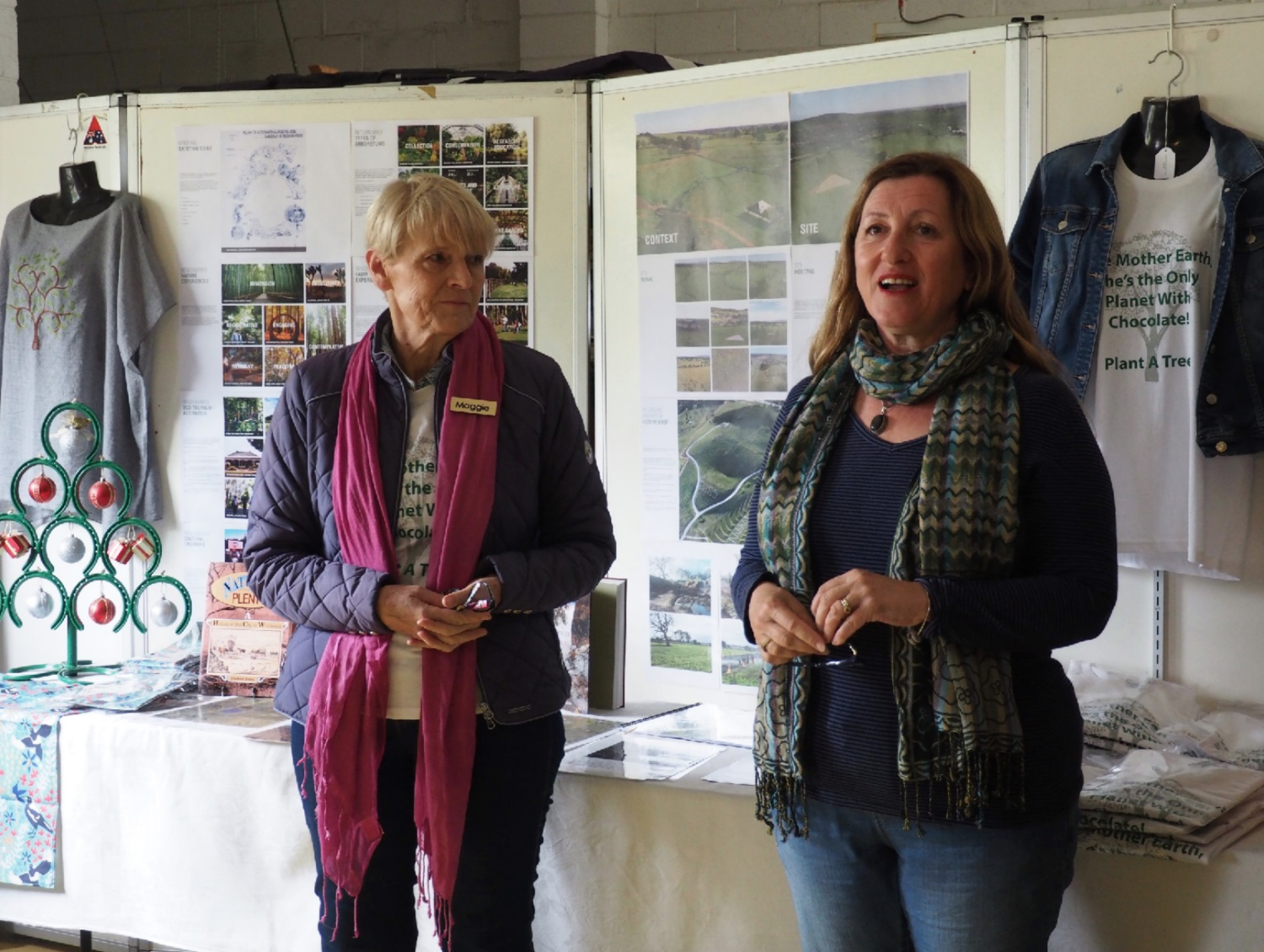 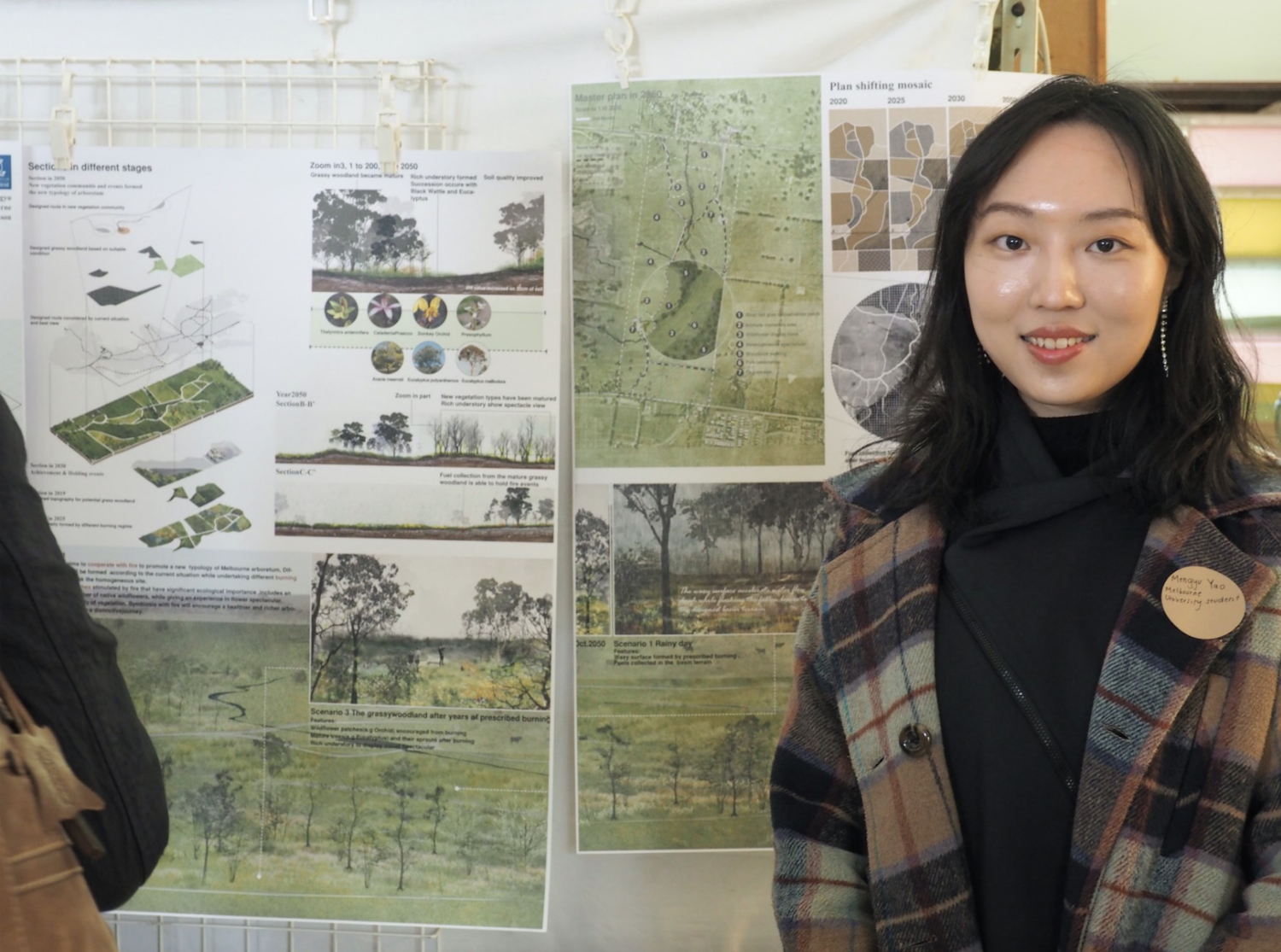 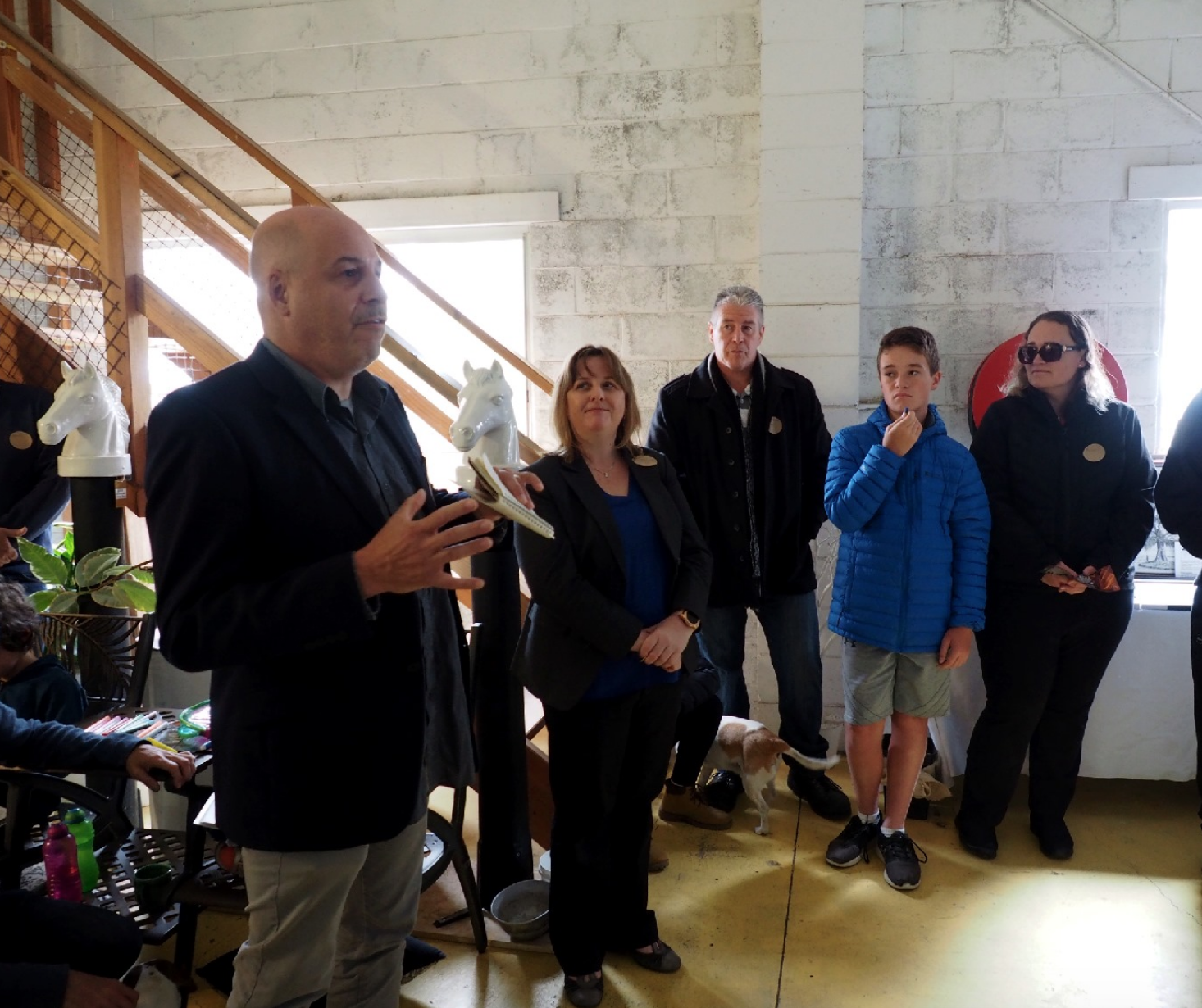 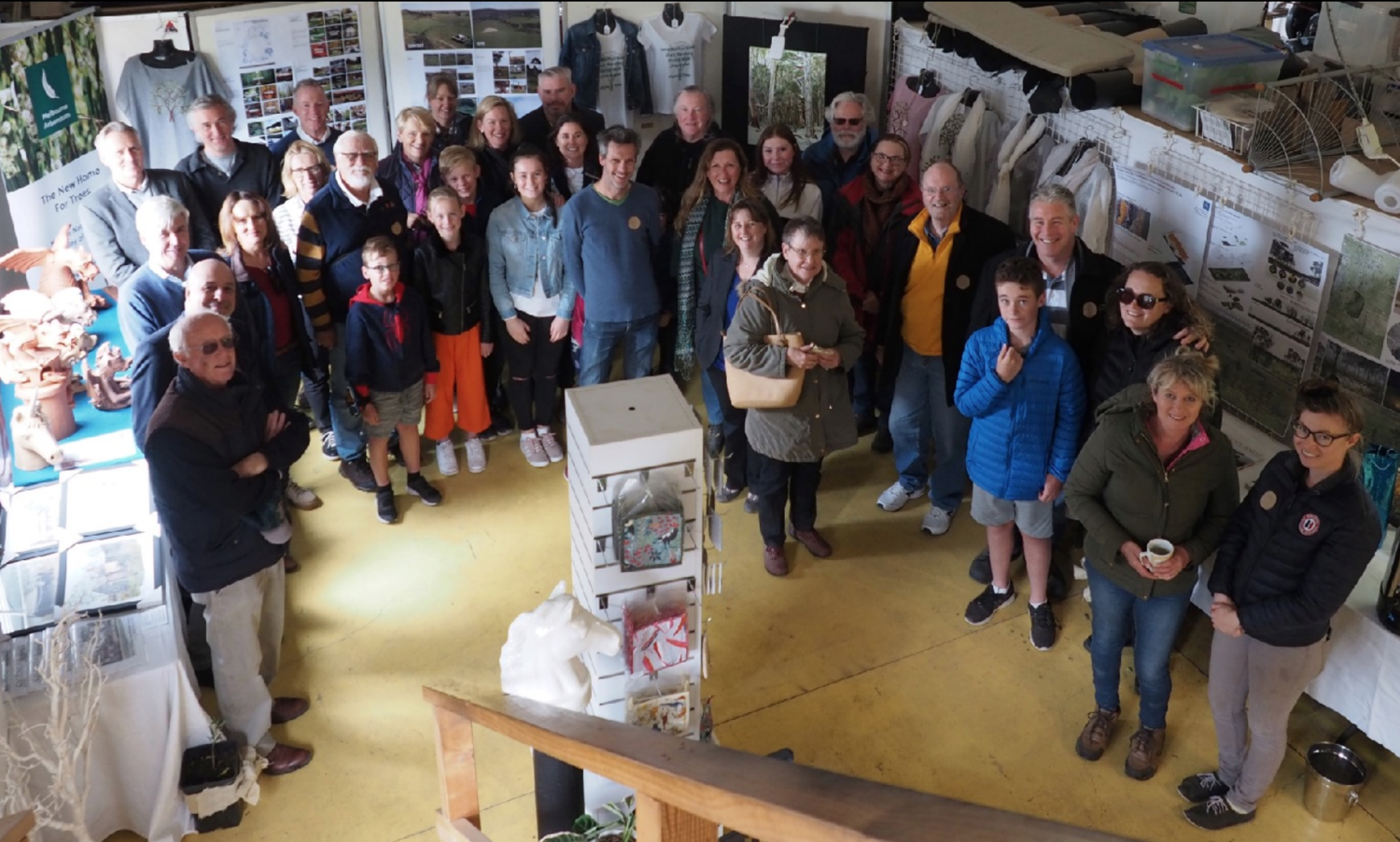 DECEMBER 11, 2019
Back to Blog
Use left/right arrows to navigate the slideshow or swipe left/right if using a mobile device