THE MEANING OF A TREE

THE MEANING OF A TREE 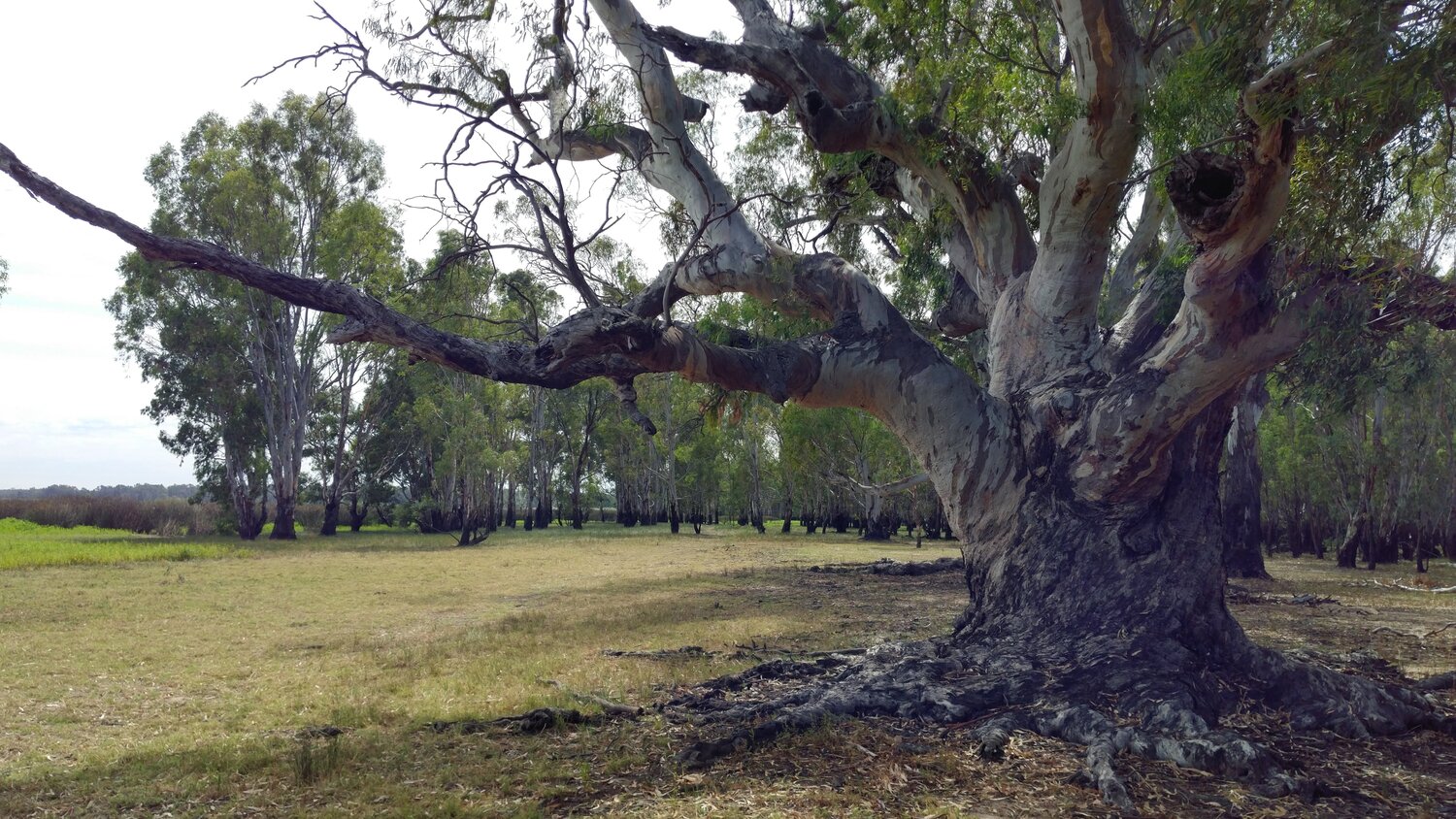 Imagine a tree that has been connected to your family for over a thousand years. A tree that is still living, providing shelter for your family gatherings and meals as it has done for countless generations. A tree that connects you to your roots, your culture and your spiritual beliefs. For some Australians, this is more than just imagination.

At its northern tip, Spencer Gulf in South Australia ends in a flat expanse of salt marshes and spinifex, backed by the purple ridges of the southern Flinders Ranges. It’s where Port Augusta now stands, now, as then, a trade and transport hub. The local hospital is perched on a rise at the edge of the marshes, looking out over the gulf. There was once a tree here. This large and important tree marked the beginning of an important songline, the Urumbula, that weaved its way north through the Flinders Ranges and thousands more kilometres on and up to the Gulf of Carpentaria, traversing many Indigenous nations along the way. The tree, which represented the Milky Way, was a place of meeting, trade and ceremony.

The tree, which was sacred to the Nukunu people and others, was cut down sometime in the early colonial era by an invading culture. This colonial culture believed (and largely still believes) that humans are placed on earth to exercise their dominion over nature – that human civilisation and the natural world are opposing forces. That religiously-fuelled view fed the Industrial Revolution and the colonists’ thirst for new territory and resources.

Today we continue to live out the model of modernity established by the Industrial Revolution: capitalism, urbanisation, advancing transport networks, restless flows of people, resources and money, and a view of the world as a resource to be mined. In all this, we are increasingly starting to see that this modernity also means more carbon in the air (with all its consequences) and the escalating degradation of the natural world – in short, a threat to our viability as a species. As the late ‘prophet of modernity’ Marshall Berman stated:

“To be modern is to find ourselves in an environment that promises us adventure, power, joy, growth, transformation of ourselves and the world -- and, at the same time, that threatens to destroy everything we have, everything we know, everything we are.”

Around the world people are starting to wake up to a fact long understood by First Nations people: that we live in relation to the natural world, not in opposition to it. We have a lot to learn about the places we inhabit and exploit. Some are starting to see what we have lost in our restlessness and avarice, and the frightening scope of what we have to lose in the future.

There are pockets of the natural world that remind us of the longer-term view, but they are increasingly in danger. First Nations people have been instrumental in the fight to save these places, on behalf of us all. Trees are a central part of this. On the banks of the Barmah Lakes in northern Victoria, a popular camping area is shared with River Red Gums with massive trunks and twisting limbs, under which the Yorta Yorta people have been eating fresh water mussels for centuries. After an unsuccessful Native Title bid, this country is now jointly managed by the Yorta Yorta and Parks Victoria.

Further south in Djab Wurrung country near Ararat, a group of local Aboriginal people and their supporters have spent much of the last two years in a makeshift embassy. The embassy has been hastily constructed in the path of a highway realignment that has proposed the destruction of a sacred landscape for women containing a number of significant trees: birthing trees where local women bore their children and their accompanying ‘grandfather’ trees (with communication occurring, it is said, through their roots), scarred trees where canoes and coolamons were carved from the bark, and the Directions Tree, an example of a tree planted with the placenta of a newly born child, a place to which that child could return for wisdom and solace. Negotiations with government bodies are ongoing and there are intense politics involved.  Some of the trees have since been protected, but the fight is for the whole landscape and its interconnected set of meanings and significances. The highway, they say, would save up to five minutes of travelling time and increase road safety.

Here the stark gap between relentless modernity and an older, deeper way of seeing the world is laid bare. The meaning of a tree depends entirely on how you look at it. But the wider implications of those meanings are critical for all of us.

NOVEMBER 26, 2019
Back to Blog
Use left/right arrows to navigate the slideshow or swipe left/right if using a mobile device